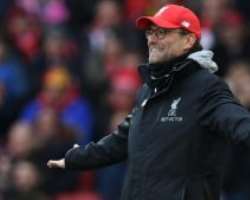 Manchester United's Portuguese midfielder Bruno Fernandes celebrates with teammates after he takes a penalty and scores his team's third goal during the English Premier League football match between Brighton and Hove Albion and Manchester United at the American Express Community Stadium in Brighton, southern England on September 26, 2020. (Photo by Glyn KIRK / POOL / AFP)

Manchester United will face Liverpool in the blockbuster tie of the FA Cup fourth round, while League Two Cheltenham host Manchester City.

Liverpool and United will clash for two consecutive weekends with the top two also facing off in the Premier League on Sunday.

National League North side Chorley's reward for their victory over a depleted Derby was a home tie with Premier League Wolves.

“And there's a bit of history because in 1986, Chorley played against Wolves at home and beat them 3-0, so we just need to do that again.”

Should Chorley pull off another upset, they could face holders Arsenal in the fifth round.

League Two Crawley, who thrashed Leeds 3-0 in the third round, travel to Bournemouth.

The fourth round ties will be played across the weekend of January 22 to 25 with the fifth round taking place between February 9 to 11.