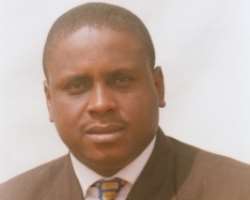 An unprecedented moral and spiritual revolution is currently taking place in Israel. The government has just approved the enforcement of the law prohibiting prostitution in the country. The new law was passed a year and a half ago by the Knesset, it punishes those caught seeking the services of a prostitute, as well as those apprehended in locations known for prostitution like brothels and red spots. In it, first-time offenders will be fined NIS 2,000 ($530), with the sum doubled for repeat offenses within three years. Prosecutors will also be empowered to indict prostitution clients in certain cases, with a maximum penalty fine of NIS 75,300 ($20,400). The law was initially billed to come into effect in mid-2020, but was delayed to give the state and other interest groups the time to iron out the rehabilitation mechanisms for the sex workers and allow them find alternative livelihoods. Prostitution in Israel is a 500 million dollars industry, with about 20,000 sex workers. Most of them are foreigners. Israel is joining other nations like Sweden, Denmark, Finland, Iceland, Norway, etc, who have since adopted the ‘Nordic Model’ in tackling the problem of prostitution. This model criminalizes the buyers, decriminalizes the seller and prepares a way of exit for practitioners, providing support services to help them. It also makes sex trafficking a criminal offence. This model has worked well in more than ten countries that practice it.

Speaking on the call and pressure by some right groups to further delay the implementation of the law, the country’s JusticeMinister Avi Nissenkorn said that women are not property and their bodies not for rent at any price. He refused to postpone the law. On her part, the head of the Justice Ministry's Human Trafficking Department, Dina Domenitz, noted that once the law takes effect, the era of ambivalence with regard to the phenomenon of prostitution had ended…She also agreed with Mr Nissenkorn that women are not for sale, "We are stating, very clearly, that women and men are not commodities that can be rented out for an hour, and their dignity and liberty cannot be dismissed. We hope that this law will help thousands of people engaged in prostitution, reduce the phenomenon of human trafficking, and also bring about real social change for women," she said. Before now, the country had taken this age-long battle to strip clubs, lap dance clubs and other lascivious spots. I remember that the notorious, sodomic Tel Aviv’s Pussycat strip club was shut down and later converted to a Jewish values center in 2019. This club could be rightly described before it was closed as a pillar in the immoral capital of the Middle East. In our dear holy land?

We commend the government and the people of Israel for this firmness in tackling this shameful, debasing and cancerous global menace. This ago-long lascivious practice brings so much pain, stain and shame to those involved, their families and the society. We all know that prostitution has health, psychological, social, security and spiritual implications. It promotes the spread of HIV/AIDS and other sexually transmitted diseases (STDs) and we know how many people die or are permanently rendered ‘unproductive’ by these terrible diseases daily. The statistics are there. There is a lot of health issues around it. In fact, somebody asked if these clients hovering around do not see thedeterioration, scars, stitches and bleeding on the bodies of these ladies of easy virtue. It destroys the individuals involved psychologically, emotionally. It truncates life dreams, visions and aspirations. It also diverts the recourses, energy, emotions, care and the time that should be channeled to proper relationships and family. And these activities are not just in the brothels, there are also private and corporate prostitution all around us. Then, it also has security implications. We know that these prostitutes and brothels harbor criminals, spies and other anti-social elements. A nation that carelessly allows free men and women of the street will definitely open its gates to the enemies. It will find it very difficult to secure itself.

Then the spiritual: prostitution and other immoral acts bring spiritual downfall and defeat. Before now, I have been wondering how Israel has managed to withstand or defeat its enemies in the midst of all these weaknesses. True. In the bible, we are variously warned against prostitution and sexual immorality and such sins always attracted defeat and divine punishment. When Sodom and Gomorrah practiced homosexuality and other sexual sins, they were totally razed down and wiped away from the map of the world. When Noah’s generation lived in sexual sins that included sleeping with demonic spirits, they were swept away by flood. When the son’s of Eli practiced same in the house of God, Israel was repeatedly defeated by her enemies, the Ark of Covenant was captured and the Priest Eli, his sons and hundreds of Israelite soldiers paid with their lives. You also remember the notorious, Jezebelicand satanic ‘Doctrine of Balaam’ – where sexual immorality and idolatry were deliberately used to lure Israel away from the protection and presence of God. They paid direly for that carelessness. The people of God could not be defeated until they got involved in those sinful practices. Sin opens door for defeat. This satanic strategy is still in use and very effective today. God does not take the sins of immorality, idolatry, rape and the spill of innocent blood lightly and that is why in the Old Testament laws allows anybody that involved in any of these was stoned to death. In the New Testament, we were also warned seriously to run away from prostitution and sexual sins because the partners involved automatically becomes one in flesh, in soul, in the spirit and in destruction. In fact, Apostle Paul clearly asked in 1 Corinthians 6:16, “Do you not know that he who unites himself with a prostitute is one with her in body? For it is said, the two will become one flesh." Hope you got that very well?

And because sexual relationship was originally and divinely created to make the husband and wife one, united, covenanted physically and spiritually, a prostitute and the client or sex partners also become one in blood covenant, in soul tie, in curses and in punishment. Yes, sex is more than a physical pleasure and fantasy. It is spiritual. It is divine. It is not as simple as the world wants us to believe. It is actually pouring and receiving of life by the partners. And that is why it also produces life, soulish, emotional and spiritual ‘currents’. In fact, we have found out that blessing, curses. favours and spirits (demons) can be transferred through sexual relationships, and now imagine how much of the negative can be contacted through prostitution and immorality. By abolishing this sinful practice Israel will now be spiritually, physically and militarily stronger. They can now confidently, with the divine assurance, confront their security, economic and social challenges. They have always counted on this. They shall now be completely divinely protected.

Now, Israel must also immediately follow this move with total banning of same-sex practices and gay parades. I always feel like throwing up each time I watch homosexuals marching through the holy land with their rebellious flags and iniquitous costumes, dresses and signs. Gay parades on the sacred streets of Jerusalem and Israel? It is always like watching a horror movie to me. I mean the same city and people that God placed his name and said that they shall be called his forever? And I always ask myself if it is the same land that produced and accommodated the likes of Abraham, Isaac and Jacob, great prophets like Moses, Samuel, Elijah and Elisha, Judges like Deborah and Samson. Powerful kings like David, Solomon, Josiah, Jehoshaphat and agents of positive change like Jesus, Peter and Paul? It always leaves some of us in shock and disbelieve. Remember that billions of Christians, Judaists and others are daily praying, watching, monitoring and feeling what is happening in and to Israel. We urgently call on other countries to emulate Israel by enacting such laws that will restore the dignity and purpose of mankind.

Rev Gabriel Agbo is the author of the books / audiobooks: Power of Midnight Prayer, Receive Your Healing, Breaking Generational Curses: Claiming Your Freedom, Never Again!, I Shall Not Die, Move Forward and many others. Tel: 08037113283 E-mail: [email protected] Website www.authorsden.com/pastorgabrielnagbo

Disclaimer: "The views/contents expressed in this article are the sole responsibility of Gabriel Agbo and do not necessarily reflect those of The Nigerian Voice. The Nigerian Voice will not be responsible or liable for any inaccurate or incorrect statements contained in this article."
Articles by Gabriel Agbo
24-1-2021  Samson’s Hair Is Growing Again!2-5-2017  The Fire Of God25-4-2017  The Blood Of Jesus7-4-2017  Sex Toys: Good Or Evil?6-12-2016  Stop Toiling!More...