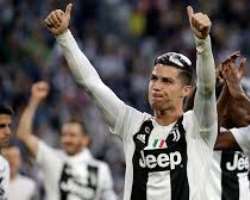 Italian champions Juventus inflicted a first league defeat of the season on Serie A leaders AC Milan, ending their 27-match unbeaten run with a 3-1 win on Wednesday.

Stefano Pioli's side maintained their one-point advantage over city rivals Inter Milan who missed a chance to go top with a 2-1 loss at Sampdoria.

AC Milan had been unbeaten since before the coronavirus lockdown last March, with a run of 12 matches without defeat to complete last season where they finished sixth, and 15 games this campaign.

Federico Chiesa bagged his first brace for the champions, scoring on 18 and 62 minutes in the San Siro with Weston McKennie getting a third with quarter of an hour to go.

Davide Calabria had pulled a goal back before the break to level for Milan who were playing without injured star Zlatan Ibrahimovic.

The hosts had been hit hours before kick-off with the news that forward Ante Rebic and midfielder Rade Krunic had tested positive for Covid-19.

The absence of the pair was a blow for the side already without their top scorer Ibrahimovic for an eighth league game with Ismael Bennacer and Alexis Saelemaekers also out and Sandro Tonali suspended.

Juventus pair Alex Sandro and Juan Cuadrado were also out with coronavirus.

Andrea Pirlo's side move up to fourth, seven points behind Milan but having played a game less. (AFP)