Thiago Silva: 'I don't understand what is wrong' with Chelsea 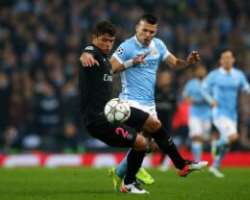 If one of the best central defenders in the world, Thiago Silva, who often captains Chelsea doesn't know what is up with the Blues, what chance have the rest of us got!?

Thiago Silva, 36, has been a key player for Chelsea this season following his arrival as a free agent from Paris Saint-Germain last summer, but the Brazilian star is at a loss to explain why they have lost four of their last six games and Frank Lampard is under increasing pressure .

Speaking to French outlet RMC Sport, Silva revealed that he isn't sure what the problem is as Chelsea were dominated by Manchester City in their 3-1 defeat at Stamford Bridge on Sunday.

“No, I don't understand what's wrong. If I understand before, I think I could have given some advice, but that's how it is, it's football, it's the Premier League, one of the toughest championships around the world,” Silva said. “You have to be careful, work harder, be stronger as a team, but I think the team is good, the second half was much better than the first in my opinion.

“We tried to play a little more, we managed to play. I think we were superior in possession of the ball in the second half, sometimes it does not work as we want, as we have prepared, but hey, that's how it is football. We must prepare for the next match when it arrives.”

In short, Silva is telling Chelsea fans, players, pundits and everyone else in-between to chill. Given his experience, he probably knows best. But N'Golo Kante and Cesar Azpilicueta are both experienced players too and the Blues don't seem to have a way of stopping their slide.

A few weeks ago, Chelsea were top of the Premier League table after beating Leeds. They are currently in eighth place but are just seven points off the top, however it looks tough to see them turning things around quickly as expensive new signings (Werner and Havertz) haven't settled in well and the pressure is piling on Lampard.

When you look around the Premier League right now, a few of the big boys are starting to be rewarded for being patient with their managers despite alarming slumps earlier this season.

We see you, Manchester United and Arsenal.
Roman Abramovich and the Chelsea hierarchy should be patient with Lampard, but there's no doubt that the Chelsea owner is ruthless and fires manager's at will. Even when that manager is a club legend like Lampard.

Cracks appeared for Lampard in the second half of last season after a wobbly period over the holiday season, but let's see if the next month brings a reaction. He has shored things up defensively, for the most part, this season but the most concerning thing is that Chelsea's young squad keep making the same mistakes and are very inconsistent, especially in attack.

Is that down to the inexperienced players or an inexperienced manager? Probably a bit of both, and we all know it is easier for clubs to get rid of the manager than overhaul an entire squad.