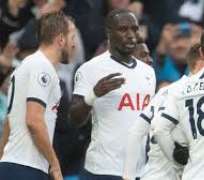 Fulham's Premier League match at Tottenham Hotspur that was scheduled to kick off on Wednesday evening has been postponed due to a Covid-19 outbreak at the West London club, the league said.

"Fulham lodged a request with the Premier League Board to rearrange the fixture following a significant rise in positive Covid-19 cases, as well as a number of players showing symptoms today," the league said in a statement.

"The Premier League Board has consulted its medical advisors and the decision to postpone the game has been taken as a precaution and with the health of players and staff as the priority. The group will now be retested immediately."

The league said the fixture would be rearranged but did not give a new date.

Fulham said a number of players and members of the first team staff had returned positive tests and were now self-isolating.

The match is the third in the English top-flight to be postponed due to Covid-19 cases after Newcastle United's trip to Aston Villa earlier this month was called off, as was Monday's match between Everton and Manchester City.

Both Newcastle and City reported Covid-19 outbreaks at their clubs which forced them to lodge a request with the Premier League.

Four hours before the game was scheduled to kick off, Spurs boss Jose Mourinho said he was still in the dark regarding the status of the match.

"Match at 6 pm... We still don't know if we play. Best league in the world," he wrote on Instagram.

On Tuesday, the Premier League said 18 individuals had tested positive for the new coronavirus, the most in a week this season, with bottom side Sheffield United also reporting a number of fresh cases in their camp.

However, the Blades' match at Burnley on Tuesday went ahead with only the players testing positive going into self-isolation.

Fulham boss Scott Parker was forced to work from home over the weekend when they played Southampton as he was self-isolating following a positive Covid-19 test in his household.

However, he was set to return to the dugout on Wednesday after a negative test at the weekend. (Supersport)