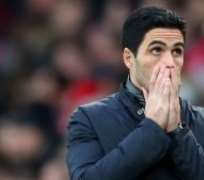 Arsenal – Manchester City: Phil Foden had a goal and an assist as Manchester City shook off a late first-half equalizer to breeze past Arsenal 4-1 in a League Cup quarterfinal at the Emirates Stadium on Tuesday.

Pep Guardiola's men put seven of their 13 attempts on target and got a little help from Arsenal backup goalkeeper Alex Runarsson along the way.

Riyad Mahrez, Gabriel Jesus, and Aymeric Laporte joined Foden on the score sheet, while USMNT backstop Zack Steffen was between the sticks for City and improved his record to 4-0 with two goals conceded.

Arsenal trailed after two minutes Alexandre Lacazette briefly restored the level terms before the break off a Gabriel Martinelli cross, but the latter was injured and left his second game back from knee surgery with a foot ailment.

1. Fantastic Foden runs the show: “The Stockport Iniesta” was at it again on Tuesday with a display that would've made Kevin De Bruyne and former teammate David Silva proud. Foden, 20, had a terrific goal and matching assist while misplacing only three of 26 passes and winning all three of his duels. The output gives Foden two goals and two assists in five appearances against Arsenal, two of them clocking in a combined 25 minutes. Foden also laid off the ball to Oleksandr Zinchenko en route to Jesus' opener.

2. Martinelli's teasing misery: Arsenal's had its talented teenage striker back from a long-term injury for all of 19 minutes when Mikel Arteta gave him a start on Tuesday. Martinelli, who won't be 20 until after the season, served up a terrific assist to Lacazette to tie the score but was felled by City goalkeeper Zack Steffen's sliding clearance. Trainers tended to his injured foot for some time and he stayed on the field to finish the half and briefly returned to the field after halftime but had to come off in clear pain. The Brazilian scored 10 times with four assists in 1463 minutes last season. Let's hope this injury isn't nearly as bad.

3. Americans Abroad: Steffen had so little to do on the day, but his sliding clearance that injured a streaking Martinelli 15 yards outside the box might've saved City from trailing 2-1 at the break. As for the goal, Steffen cleared the first cross with a two-fisted punch despite a sea of bodies between Martinelli and the goal. The American was deep in his goal and couldn't come out for Martinelli's second cross and Lacazette's header was great. Hard to fault Steffen there. As for his footwork, Steffen was a tidy 30-of-36 out of the back. He also stopped Nicolas Pepe late when the match was out of hand.

The visitors were up within a minute, Jesus positioned between Cedric Soares and Shkrodan Mustafi to head home.

While City had a lot of the ball, Arsenal equalized against the run of play when Gabriel Martinelli's second chance to cross into the box was powered home by Lacazette despite the presence of Aymeric Laporte.

Runarsson made a phenomenal splayed stop on Jesus when the Brazilian cut through the lines to find Phil Foden's back heel and himself 1-on-1 with the goalkeeper.

Steffen made a terrific intervention in the 44th minute, charging well outside the box to slide the ball away from Martinelli. The Arsenal teen, just returning to the lineup, was caught by Steffen's boot and needed several minutes with the trainers.

A standing-ready Runarsson made a huge error early in the second half when he went to punch Riyad Mahrez's free kick and instead put the ball behind him into the goal.

Foden might have been just offside when he scored a magnificent goal. Fernandinho led an uncharacteristic long dribble and 1-2 before springing Foden for a spinning chip over Runnarson for 3-1.

Laporte made amends for Lacazette's goal when he used his noggin to head home a delightful Foden cross.