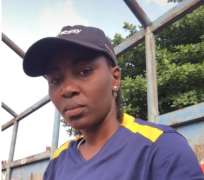 DreamStar Ladies Coach, Anya Ugochi is confident of victory against Edo Queens on Wednesday in the week two encounter of the 2020/2021 NWFL Premiership season.

The Galacticas lost 4-1 to Delta Queens in Agbor last week.

"The players are disappointed with the loss against Delta Queens and they are battle ready to avoid a repeat at home against Edo Queens".

"We will be playing against a very good team, but we are fear no foe we want to win in the presence of our fans".

"We finalized our preparation today in the morning, and so we are fully prepared for tomorrow's match".

"I expect nothing less than full commitment and concentration from the team and to cap it off with a victory".

Similarly, DreamStar FC Ladies Captain Juliet Emereole has urged the team to learn from their mistakes in the loss against Delta Queens and to go all out for victory at home against Edo Queens.

"I have spoken to the players and we have put the result behind us, we are focused on Edo Queens clash, we want to win our first home match of the season.

Emereole also revealed that the coaches have pointed out the errors in the last game.

"The coaches have called our attention to the mistakes we made in the first leg and we won't allow it to happen again on Wednesday".

There are no injury worries for DreamStar FC Ladies ahead of the clash with Edo Queens.

DreamStar FC Ladies will slug it out with Edo Queens for maximum points at the Agege Township Stadium on Wednesday, December 16.