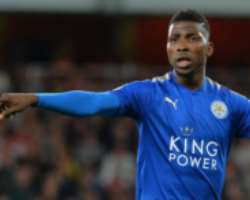 There weren't too many upsets on Thursday, though Rapid Vienna, Celtic, and Young Boys did their best. AZ Alkmaar did deliver a “shades of Real Madrid-Shakhtar” result against Napoli, though the Neapolitans were dominant. Celtic 1-3 AC Milan

The Scottish side needed to be at its best given the opposition and a number of absences but did not find its quality until it was down 2-0.

Rade Krunic and Brahim Diaz scored first-half goals for the Serie A leaders, who were coming off a big derby win just as the hosts were steaming from a derby loss.

Milan took Zlatan Ibrahimovic and Franck Kessie off with 24 minutes to play and Celtic really started its pursuit of a point, out-attempting the visitors 12-5 on the day.

Southampton loanee Mohamed Elyounoussi put Celtic back within a goal with 14 minutes to go, but no other goals arrived for Neil Lennon's Bhoys and Milan new boy Jens Petter Hauge delivered a third goal just before the final whistle. Leicester City 3-0 Zorya Luhansk

It was the Kelechi Iheanacho show in Leicester's return to European competition, the Ukrainian visitors providing little challenge to Brendan Rodgers' Foxes.

Iheanacho assisted first-half goals from James Maddison and Harvey Barnes before getting a goal of his own in the 67th minute.

Barnes is a lot of fun. Napoli 0-1 AZ Alkmaar
One of the surprise results of the day saw a second-half goal from Dani de Wit joins six saves from Marco Bizot in stunning the Neapolitans, who out-attempted AZ 20-5.

Mexico's Hirving Lozano was unable to recreate the scoring magic he found at the weekend, but registered three key passes in the loss. Tottenham Hotspur 3-0 LASK Linz

Carlos Vinicius assisted two goals as Spurs labored a bit but did not cough up another multi-goal lead.

Lucas Moura scored 18 minutes in and an own goal doubled Spurs advantage before Heung-min Son completed the scoring late in North London.

The fullbacks, however, were the stars for Tottenham as Sergio Reguilon cued the rush for the first goal and Matt Doherty dominated the right flank.

Son played the final half-hour for Gareth Bale while Jose Mourinho was able to rest Harry Kane and Toby Alderweireld. Giovani Lo Celso made a cameo.

Here's your nomination form for Sergio Reguilon as Europa League Player of the Year (We kid, mostly). All Europa League group scores from Matchday 1 Group A