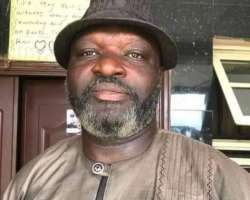 Ex-international Mutiu Adepoju, has described the death of his former Super Eagles colleague, Ajibade Babalade, as shocking and a great loss to Nigerian sports.

The News Agency of Nigeria reports that Babalade, 48, died of cardiac arrest on Friday in Ibadan.

Adepoju said Babalade was a consummate professional who gave his all to Nigerian football in his playing days and even after retirement. He said: “It was a shock to me and everyone around.

“He was a very dedicated and professional player who gave his all to the service of fatherland.

“Babalade gave his all for club and country in his days, which earned him the nickname ‘Kunde’ because he was a strong hard-tackling defender.”

NAN reports that Ajibade was part of the Super Eagles team which finished in third-place at the 1992 African Nations Cup in Senegal, with Adepoju also a member of the team.

He also helped the Shooting Stars Sports Club of Ibadan reach the final of the CAF Champions League in 1996.