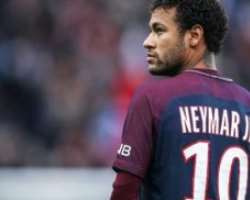 Miguel Delaney
A statesmanlike performance from Neymar , a display of power from a state-run club. Paris Saint-Germain brought all their wealth to bear in a commanding 3-0 win over a callow RB Leipzig , that means Qatar's big sporting project become France's first Champions League finalists since 2004.

The belief within the club, and particularly in a supremely focused Neymar, is that they can become its first French champions since 1993 and the competition's first new champions since Chelsea 2012. It would mark a similar journey. That is the stage they've long wanted. This semi-final was meanwhile a stage too big for Leipzig, who so visibly seemed to be affected by the occasion.

PSG's many stars, however, rose to it. Angel Di Maria and Neymar were especially impressive – the Argentine setting up both goals either side of scoring his own, the Brazilian running the game – but pretty much all of their star quality was on show.

They eventually got there. It was a quality and level of performance Leipzig just couldn't match.

While Julian Nagelsmann has imbued the side with such an impressive tactical idea, it needs full commitment to work against a team like PSG and not to be fatally compromised by individual errors.

Perhaps that's one negative of their otherwise impressive recruitment, especially in contrast to a club as resourced as PSG. The emphasis on young players on their first contracts may bring a commitment, and hunger, but it can also mean Leipzig don't have the experience to handle occasions like this. Ten of the starting line-up were 26 or under and there were a few moments that suggested it was a game too big for them.

Chances were hacked at, and there were so many mistakes. They went some way to deciding the game, as was most visible with all of the goals. For the first, there was the failure to pick up Marquinhos. For the second, there was another bad pass by goalkeeper Peter Gulasci, before poor handling and just defensive collapse for the third.

Those mistakes didn't go all the way to deciding the game, of course. Even more significant was the supreme quality on the other side, as well as so much big-game experience.

The way Leipzig's defenders lost Marquinhos was bad, but the way Di Maria found him was divine. It was a supreme delivery, perfectly placed, perfectly weighted, so it just flew off the Brazilian's head and in.Neymar and Di Maria were superb (Getty)

There was then Neymar's touch for Di Maria's own finish. Gulasci may have almost gifted them the goal, but that was some way to take the opportunity.

Juan Bernat then displayed some ingenuity in getting back into an onside position for the third, although the cross from Di Maria was again perfect.

The ball went over the line just before Neymar could get there, but a goal was really all that was missing from his performance.

The Brazilian had already shown he was more than willing to seize the moment, and make the game his own. This felt his best European performance since the 6-1 win over PSG themselves with Barca in February 2017, and may well have been one of the most influential displays of his career.

He was clearly in that mindset of complete focus, total commitment. It meant he caused chaos any time he got the ball near the Leipzig goal, with that constant threat doubtlessly bringing the kind of uncertainty and panic that led to more individual errors. He almost caught Gulasci out twice before Di Maria's goal, twice hitting the post. The first was a close-range finish from another passing error, the second a speculative and spectacular free-kick as he almost caught out the goalkeeper's positioning.PSG had too much for Leipzig (Reuters)

It was also something that struck about his performance. While it increasingly felt more and more important on the night that PSG have far more big-game experience than Leipzig – Di Maria was man-of-the-match in this very stadium in the final six years ago – this felt a player coming of age.

This is Neymar's time. And that, symbolically and consequently, means it might well be PSG's time. This is why they signed him for such money and fanfare. This felt a club moving onto the next stage.

Questions should now abound about what exactly that club is, given Qatar's use of it, as they reach the greatest stage.

The very fact they're there, though, means Neymar and his teammates are answering every question asked of them. They just need one more big response.