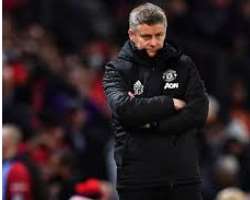 Manchester United manager Ole Gunnar Solskjaer has revealed the reason behind the 2-1 loss to Sevilla, which denied them an opportunity to play in the Europa League final.

United took the lead in the 9th minute courtesy of Bruno Fernandes, who scored from the spot after Rashford was fouled by Diego.

Suso restored parity for Sevilla in the first half before De Jong scored the winner in the 78th minute to dump Manchester United out.

Solskjaer has rued his side's profligacy in front of goal for the ouster.

"It's one of them that if you take your chances you win comfortably," Solskjaer told BT Sport.

"But that's not always the case in football. We had moments and spells in both halves where we should have, could have, scored quite a few.

"But when you don't take them it's going to be hard. We've got a young team – we had three years average less than them – and I thought in some spells today we showed this group of players will have to learn and get the consistency in their play."

"The keeper's had a fantastic game," Solskjaer said. "Of course it's disappointing we don't score because we know we've got players who've got that quality, but then again, that's the game."