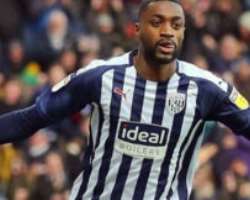 Ajayi, 26, teamed up with the Baggies in the summer of 2019 from League Two side, Rotherham United, going ahead to becoming a mainstay in the side's defence.

The Nigerian scored five goals in 43 league matches for Slaven Bilić's side to help them gain promotion to the English topflight after they finished second behind Leeds United.

“One historic campaign. Promotion to the Premier League secured. But there are still important matters to wrap up from the memorable 2019/20 season,” the club said on its website.

It added, “Voting is now open for the Ideal Boilers Supporters' Player of the Season award – your opportunity to crown Albion's star man in this promotion-winning year.”

Ajayi, alongside 14 others, will be vying for the prize with the shortlist including players who featured in at least 23 matches for the Baggies in the Championship.

In April, Ajayi was included in the FIFA 20's Ultimate Championship Team of the Season alongside Super Eagles prospect, Ebere Eze who plays for Queens Park Rangers (QPR).

Semi who narrowly missed out of the 2019 Africa Cup of Nations (AFCON) where Nigeria clinched the bronze medal, took to his Instagram handle to celebrate the feat.

“Humbled to have been included in the EFL Team of The Season So Far Thank you for all of your support this season,” the Baggies defender wrote on the social media platform.