We should start Rebuilding - RODOLFO ZAPATA 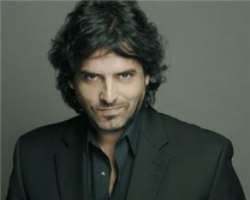 South Africa 2010 has been the end of a cycle.From now,we must begin the reconstruction of Nigerian Football.

The following players should form the basis of the new look Super Eagles:

Right now,Nigeria should start preparing for the Olympic Games in London.The Olympic team will form the nucleus of the 2014 World Cup squad.

Nigeria could have done well at the on-going World Cup but the Eagles did not prepare well for the tourney.Nigeria is better than Uruguay,Ghana,Mexico,South Korea and the USA,player for player.But the Eagles' were too defensive.

Lagerback was afraid to play with more aggressive tactics. If we have players with great offensive talents, there is no reason why we should use defensive tactics.

There was not team-work at all. The Eagles' were a set of individuals players, and not a football team.The preparations for the tourney were also improvised and the team displayed this during the World Cup.

We all know that in a national team there is little time to work with “foreign” players. There are no excuses because Lagerback had enough time to work with the home based players and lecture them on team-work, tactics, defensive and offensive movements.

Lagerback chose only foreign based players.These players were not hungry for victory.They were also very poor in defense.Enyeama saved the Nigerian team.They would have conceded more goals at the World Cup.