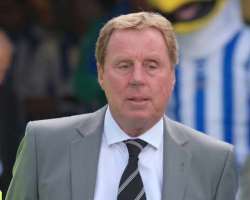 Reports emanated on the social media last week that the 73-year-old English manager was being considered to take over from Rohr, whose contract was billed to expire in June.

Redknapp confirmed this in a chat with talkSPORT Breakfast show on Thursday, when he was asked about the rumor linking him with the Nigerian job, he said that coming to manage the Super Eagles was the last thing on his mind.

He said “Yeah, well I spoke to Sandra (Redknapp’s wife) and she’s always wanted to live in Nigeria, She said it’s amazing that this has come up now, because that was her dream. So, we’re looking to sell up, we’re putting the house on the market and we’re looking to get somewhere over there if possible.

Redknapp added “On a serious note, I actually went there a few years ago with Portsmouth, we played Manchester United… but I don’t think I’ll really be going back.”