GLASTONBURY FESTIVAL HOPES FOR U2 RETURN 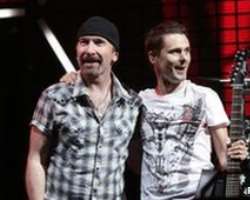 Glastonbury Festival organiser Michael Eavis has said he hopes U2 will make it to the event in the future after the band were forced to pull out this year.

They withdrew after Bono injured his back, but guitarist The Edge did appear on Saturday with headliners Muse.

“He enjoyed the experience and he's had a taste of playing now so I'm sure the band are really keen to do it when it suits them,” Mr Eavis told BBC News.

Stevie Wonder is due to close the show after a weekend of blazing sun.

Dehydration and sunburn accounted for most of the 3,000 cases seen by medical teams by 1100 BST on Sunday.

They were a 46-year-old man from London, who was in the dance tent, and a man in his 70s from East Sussex.

Most were thefts from tents and drug offences. There have been 109 arrests.

The event is celebrating its 40th anniversary and Mr Eavis, who still runs the festival on his Somerset dairy farm, said he was “really proud of what I'd created”.

He said he had lined up “three really good headliners next year”, but added: “I'm not telling you who they are.”

Asked whether he would like U2 to appear in the future, he replied: “This is an ongoing conversation for next year.”

The Edge “enjoyed the experience” of performing Where The Streets Have No Name with Muse on the Pyramid Stage, he said.

But the band may be taking a break next summer and the festival is having a year off in 2012, Mr Eavis added.

“So who knows? It might be three years' time.”
The 40th anniversary year is likely to be remembered for the special guest appearances as well as the scheduled stars.

Asked whether the prince's visit meant the festival was now part of the establishment, Mr Eavis replied: “I doubt it.”

Football fans saw England beaten 4-1 by Germany
Referring to the area's strong nonconformist tradition, he said: “We've been anti-establishment right the way through our history.

“That's why we've succeeded because we've got so many in powerful places locally, councillors, who have got that nonconformist tradition.”

Organisers were forced to find a second field to show the game on big screens after discussions with police.

An empty field outside the site was earmarked. The two designated football arenas accommodated 80,000 fans.