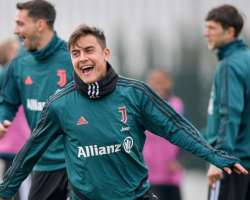 Dybala was among the first set of players to test positive to Covid-19 in Italy, alongside Daniel Rugani and Blaise Matuidi in the Juventus team.

Juventus in a brief statement on its website stated that the Argentine's two latest test came back negative for Covid-19. The club says Dybala has “therefore recovered and will no longer be subjected to the home isolation regime.”

Recall that it was reported last week that Dybala was still positive for the disease after several weeks of tests. But the Juventus family can now rejoice as the Argentine playmaker has tested negative on Wednesday.

Juventus and most of the other Serie A clubs are resuming training this week on an individual basis before full team training restarts on May 18.