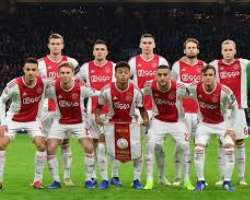 Champions of last season in the Dutch Eredivisie, Ajax Amsterdam, have been denied Championship as Prime Minister, Mark Rutte renders the season null and void and stated that all football matches has been suspended until September 1.

The announcement means that both ADO Den Haag and RKC Waalwijk will remain in the Dutch top flight despite looking done and dusted for relegation.

As a result, the current standings has been made final as for the first time in the League's 64 years history, there would not be a designated champion.

The decision was made by the KNVB on Friday following a club vote after the federation stated that it was not an option to increase the league to 20 teams from the current 18.

Meanwhile, the decision to finalise the table was made after UEFA asked the Dutch federation to maintain the current standings to decide which teams are awarded spots in European competition.

The decision however implies that Ajax will head straight to the last round of Champions League qualification despite being level on points with AZ Alkmaar, who will enter in the second round of qualifiers as opposed to a normal scenario where Ajax would've gone straight into group stages if the winner of the current competition qualified via winning its own league.

The last time a champion never emerged in Dutch football was during World War II,with the Eredivisie producing a winner ever year since it was founded in 1956.