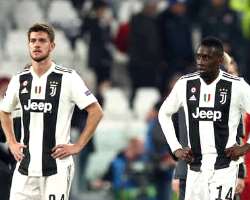 Juentus duo of Blaise Matuidi and Danielle Rugani have recovered from coronavirus, the club confirmed.

The Bianconeri have now provided a positive update on the health of the duo, attesting that both Matuidi and Rugani have taken another test for the Coronavirus and fortunately, both results have come back negative.

In a short statement on the club’s official website, they announced: “Daniele Rugani and Blaise Matuidi underwent, as per protocol, a double check with diagnostic tests (swabs) for the Coronavirus. The tests came back with negative results. The players have, therefore, recovered and are no longer subjected to the home isolation regime.”

Rugani explained that he felt lucky to have tested negative of the disease but also stated that he missed some of his closest friends as he was staying away from them in a hotel.

Matuidi have been an integral part of the Juventus team this season, making 31 appearances in all competitions this season. While Rugani have struggled for playing times this season under Mauricio Sarri, making just seven appearances.

Out of these seven appearances, only three of them came in Serie A, leading to suggestions that he is ‘considering leaving’ Juventus.