Decision made: Chelsea tipped to have already won the race for potential £34m summer transfer 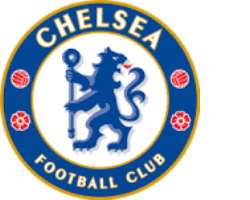 Andre Onana has reportedly chosen a transfer to Chelsea

Chelsea have reportedly won the race for Ajax goalkeeper Andre Onana as he looks set for a £34million summer transfer away from the Dutch giants.

This is according to Voetbal Nieuws , who claim the Cameroon international has chosen a move to Chelsea despite also being a target for big names like Barcelona, Paris Saint-Germain and Tottenham.

Chelsea could definitely do with a signing like Onana for next season after the poor form of Kepa Arrizabalaga this term, with the Spaniard recently axed by manager Frank Lampard.

Willy Caballero was preferred over Kepa in the recent 2-2 draw with Leicester City, but is clearly not a long-term option at his age and after years of being a backup.

The  Daily Mirror  recently claimed Lampard was planning to replace Kepa this summer, so it makes sense that Onana might now be looking increasingly likely to be the man for the job.

The talented 23-year-old has shone at Ajax and surely has a big future in the game, even if it's big pressure to come in and be number one at Stamford Bridge.

Chelsea have a proud recent history of having truly great 'keepers between the sticks, with Thibaut Courtois and Petr Cech likely to be tough acts for anyone to follow.

Kepa has certainly struggled, but the Blues will hope Onana can do better if, as Voetbal Nieuws claim, he makes his way to west London for around £34m this summer.