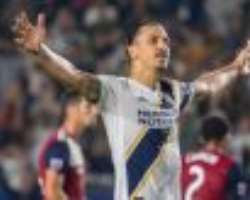 Zlatan Ibrahimovic is ready to make a sensational return to AC Milan in the January Transfer Window.

The former PSG star left LA Galaxy last month after the expiration of his contract and he has been linked with various clubs since.

Ibrahimovic has accepted AC Milan's offer and he is set to sign an initial six-month contract, according to multiple reports in Italy on Thursday.

Ibrahimovic will reportedly sign a six-month contract worth about three million euros ($3.3 million) with a renewal option for another year, linked to certain conditions such as goals and appearances.

AC Milan will be hoping that Ibrahimovic's signing will alter the club's poor form in the league.

The Former European champions suffered a 5-0 hammering in the hands of Atalanta before the Christmas break and they will be back in action against Sampdoria on January 6.

Ibrahimovic is expected to be available for selection against Sampdoria to make his debut in his second spell with the club.