Liverpool could be kicked out of League Cup 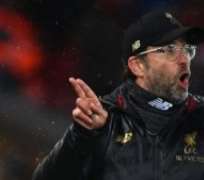 Liverpool could be kicked out of the League Cup due to playing an ineligible player.

Jurgen Klopp brought Spanish midfielder Pedro Chirivella off the bench in the 2-0 third round win at MK Dons on Wednesday, but it is believed there is an issue with his international transfer certificate (ITC).

Chirivella has not played for Liverpool for over three years.

The club released a statement to The Athletic confirming the possible administrative error and the English Football League say they are now investigating the matter.

Liverpool could be fined or in the most extreme case expelled from the League Cup.

“The club are aware of a potential administrative issue pertaining to one of our players. We are working with the relevant authorities in order to establish the facts of the matter and will be making no further comment until this process is complete.”

Sunderland were found guilty of a similar breach in 2014 and escaped with a fine.

They played South Korean striker Ji-Dong Won without clearance after he returned from a loan spell at Augsburg.

Klopp will be hoping Liverpool are given a similar punishment and are still in the last 16 of the competition as they are set to host Arsenal.