Would you allow your man to use performance enhancing drug? 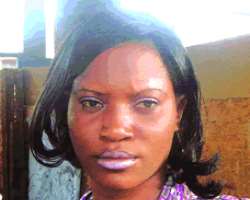 Nwadike Ifeoma
I cannot even give it a second thought. Sex without drugs can never be the same with the one with a force. I think I prefer something natural. When you notice that your man has taken something prior to sex, you won't enjoy it. It could be dangerous for a man to get used to taking drugs before sex because that would result in insecurity on his side. He would lose confidence in himself anytime he wants to make love without drugs. I prefer it natural.

Ijeoma Amamdukwe
Although, I do not have a boyfriend, I have to contribute to this. I don't understand what you mean by performance enhancing drug anyway, but if it is what I think, I don't see anything wrong with that. If the need arises for my man to use drugs before sex, it is okay by me but if the need does not arise, why take it? A man can just be recovering from an ailment and the doctor may just advise him to use so or so drugs, is it wrong? It is not wrong provided the motive is positive.

Gloria Chukwuneke
Anything natural cannot be compared with an artificial thing. I believe that such drugs are meant for men who cannot perform very well. If a man is healthy, why go for drugs when he can use his natural ability to do it? I will not advise my man anytime to use drugs on me. Do you know that it is enough for a woman to conclude that her man does not love her if she finds out that he uses drugs? I prefer anything natural.

Idiokune Kate
Well, I would prefer it natural. Performance enhancing drug can boost him so much that I may not be able to contend with him. It is only the woman that would suffer such act because the man is no longer doing it with ease. I don't like the idea at all but I know that the only category of women that would want such are prostitutes because they are insatiable.

Chigozie Nwankwo
I wouldn't at any point in time allow or encourage my man to use drugs before intercourse. If he does, knowingly or unknowingly to me, it can never be the same with the natural one because that comes with softness and tenderness unlike the other one. My husband is strong and since he is strong, why go for drugs? It is meant for men who are weak.

Jennifer Eze
I don't really like it. I like it natural. Those drugs might be harmful. What if he takes it, and it harms his health? Except he's sick or a doctor recommends it for him, I can allow that. But for a healthy man, he cannot take it. If I discover it, I will not approve of it.

Ifeoma Eze
I won't allow that. If I find out that he is using drugs to improve his performance, I will quit the relationship because if he is addicted to it, he won't be able to stop it and you can't stop him either. He may even think that all is well with him while it is not, and of course, you know that it can lead to constant quarrelling and fighting.