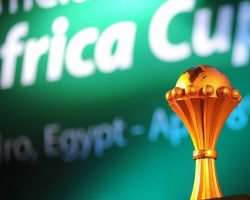 CAIRO, July 15 (Reuters) – African teams will contest a final playoff round in their World Cup 2022 qualification campaign, a system last employed for the 2014 tournament, the Confederation of African Football has decided.

Qualifiers for the next World Cup in Qatar will be divided into three stages with two rounds of knockout ties on either side of league competition, officials said.

The 28 lowest ranked sides on the continent will first contest a knockout round over two legs, with the 14 winners advancing to the group stage.

The 28 include Madagascar, who reached the Africa Cup of Nations quarter-finals last week.

The winners will join the 26 highest ranked sides in a 40-team, 10-group pool phase that will be played over 18 months.

The group winners will then be drawn into five playoff ties over two legs with the victors qualifying for the World Cup. The first leg is hosted by the lower ranked country.

For the 2018 finals in Russia, there were two preliminary rounds to cut the field down to 20 countries, who then contested the five places for Africa in a group competition.

The changes come despite no alteration in the number of World Cup places for African teams.

FIFA have left each continental confederation to decide its qualifying format for the 2022 World Cup and set its own date for the preliminary round draw.

CAF have not announced the date of draw but officials told Reuters on Monday it would be in Cairo at the end of the month.

Africa’s World Cup qualifiers will overlap with qualifiers for the next Africa Cup of Nations in 2021 but a suggestion to combine them was rejected by CAF’s executive committee.

CAF have announced the pots for the upcoming 2021 African Cup of Nations (AFCON) qualifiers.

The 2021 AFCON is set to take place in Cameroon who were supposed to host the current tournament before losing their hosting rights in November.

Now just days before the 2019 AFCON final, Africa's footballing governing body have announced the five pots ahead of the upcoming tournament's qualifiers.

The first three pots will be composed of 12 teams as for the remaining two they will have just eight teams. The teams have been distributed depending on their FIFA rankings.

Egypt were placed in pot one alongside the likes of Algeria, Ivory Coast, Morocco, Senegal, Nigeria, and Tunisia.

The pots will be divided as follows:
Reuters/ KingFut.com