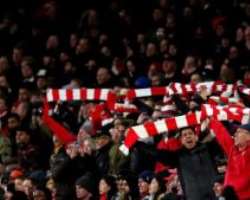 Arsenal's largest fan groups have come together to issue a statement calling on owner Stan Kroenke to reinvigorate the club.

The Gunners are preparing for a third successive campaign of Europa League football having missed out once again on a top-four finish in the Premier League last season.

And currently the north London club have made just one summer signing, with Brazilian teenager Gabriel Martinelli the only new addition to Unai Emery's squad.

There is huge frustration amidst the club's fanbase about how the club are being run, with many believing Kroenke does not have the ambition to try and close the gap on the likes of Manchester City and Liverpool.

The American billionaire first arrived on the scene at Arsenal in 2007, soon after the Gunners had reached the Champions League final in 2006 against Barcelona, which they lost 2-1 in Paris.

Since then, Arsenal have won just three FA Cups and they have not qualified for the Champions League since 2017.

The decline on the pitch has led to games being played out at the Emirates in front of thousands of empty seats each week – and the situation has now led to an unprecedented step being taken by fans.

For the first time ever, the club's biggest supporters’ groups, as well as other influential fans, websites and bloggers have come together to call for action.

Using the hashtag #wecaredoyou, they have issued a joint statement demanding Kroenke and the club start reversing the decline that has been seen in recent seasons.

The statement begins: “As Arsenal fans we have watched with frustration as the team's football performances have declined over the past decade. When Stan Kroenke began buying Arsenal shares the club had just competed in a first Champions League final. Twelve years on, Arsenal are about to play in the Europa League for the third year running.

“Off the pitch, fans have never felt more marginalised, less listened to or valued. This was sadly illustrated when Stan Kroenke forcibly bought out the last remaining supporter-shareholders without even a word of appreciation for their custodianship role in the club.

“It feels as though Arsenal is at a crossroads. Things need to change.

“What all of us as signatories to this statement want to see is meaningful action by Stan Kroenke to reinvigorate our football club.

“This requires work to strengthen the club's board and football executive and to once again make Arsenal a place where fans have a real sense of belonging. Change needs to start with better leadership.”

It continues: “In his takeover document Stan Kroenke said: ‘KSE's ambitions for the club are to see it competing consistently to win the Premier League and the Champions League’.

“We see little evidence of how this is to be achieved. Instead our club feels like an investment vehicle, personified by the owner's statement that he didn't buy Arsenal to win trophies.

“It is sad that an institution like Arsenal FC has such passive ownership. All of us want to see a clear sense of purpose and direction. KSE should start by being more open and accountable and explain how they intend to achieve the goal of winning the game's major trophies.”

The joint statement – which has the support of groups such as the Arsenal Supporters' Trust, the Black Scarf Movement (BSM) and REDaction – also addresses the need for an improved ticketing system, calls for the club to support safe standing and to publicly reject proposals for a European Super League with guaranteed entry each year for Europe's elite clubs.

It ends by saying: “As Arsenal supporters, we care deeply.

“We would like to hear from our club and see actions that demonstrate that they do too. The first opportunity comes when the managing director and head of football speak to invited supporters on July 25th. We urge them to address the issues raised here.

“We will watch with interest.”