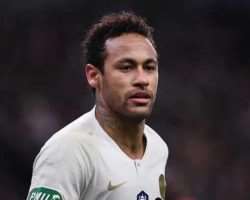 Neymar is ready to cut his salary by 12 million euros to leave Paris Saint-Germain as part of a “verbal agreement” reached between the Brazilian and Barcelona, according to reports in the Spanish press.

PSG are yet to sanction the sale of their star striker, who they paid a world record 222 million euros to sign from Barca only two years ago.

But Neymar is reportedly eager to return to Spain and Barcelona are prepared to take him back, with Spanish sports newspaper Diario Sport claiming a five-year contract has been agreed.