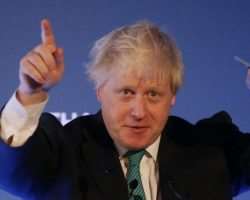 The Flying Eagles of Nigeria on Monday in the Polish city of Bielsko-Biala fell to a 2-0 defeat against the United States of America's U-20 side. A brace from Sebastian Soto in either half of the game meant Nigeria's quest for a place in the knockout stages of the 2019 FIFA U-20 World Cup was now in serious jeopardy.

Paul Aigbogun made just two changes to the team that defeated Qatar 4-0 as he named his starting lineup for Nigeria's second match against USA at the tournament. Defender Olasunkanmi Aliyu and Tijani Muhammed are not in the starting line up for the clash against the USA, with Akor Jerome Adams and Aliu Salawudeed, who scored the fourth goal in the four-nil thumping of Asian side Qatar, replacing both players.

The other players kept their place in the team, including the other three goalscorers, Manchester City midfielder, who scored the third goal Tom Dele-Bashiru, Henry Offia and Maxwell Effiom, who scored the opening match in the Qatar victory.

It was the worst possible start for Aigbogun's lads as Sebastian Soto headed home Mendez's corner to give the Americans the lead in Bielsko-Biala in just 18 minutes. Few minutes time, it was almost a second for USA as Mendez's brilliant pass put Tim Weah through but Oremade denied him with a point blank save. Thirty minutes into the game, USA got a second goal through Soto but Assistant referee's flag chalked it off.

Aogbogun in other get back in to the game tactically, pulled off Dele-Bashiru and replaced with Aniekeme Asuquo Okon

Arniekeme Okon just few minutes on, made his presence recognized with a fantastic volley from 20 yards, but Scott would get his hand to it for a Nigerian corner. Maxwell Effiom could've gotten his second of the tournament but was denied by the cross bar after a long range effort

Aigbogun’s lads first half illiterate footballing defending showed up again in the first minute of the second half as Soto completed his brace after a brilliant pass by Gloster, giving the Americans a 2-0 lead

While Qatar fell 1-0 to Ukraine in the other group D match earlier in the day and seem to be on their way out of the tournament, the Flying Eagles now look forward to their final group game on Thursday against Ukraine who defeated the Qatari side earn a place in the next round of the competition