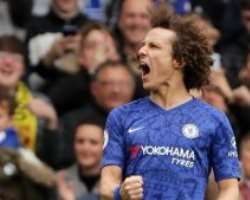 The Blues watched with glee as all of their top-four rivals dropped points over the weekend to guarantee their return to Europe’s top tableChelsea have become the third Premier League club to seal qualification to the 2019-20 Champions League after both Arsenal and Manchester United dropped points on Sunday.

It marks a return to Europe’s biggest club competition after a year playing in the Europa League, having missed out on qualification during Antonio Conte’s final season on the bench in 2017-18.

The Blues cemented their position inside the top four at the weekend with a 3-0 victory over Watford, with Ruben Loftus-Cheek, David Luiz and Gonzalo Higuain all on target.

That win put them above Tottenham in third place, behind Premier League title challengers Liverpool and Manchester City who have long known their presence in next year’s competition is guaranteed.

Maurizio Sarri’s men fulfilled expectations on the pitch in their penultimate game of the season, but also benefitted from their rivals’ failings to take the spot with a match to spare.

Tottenham were upset by Bournemouth in a 1-0 defeat on Saturday after being reduced to nine men, while the following day Arsenal and United were also frustrated by opponents situated firmly in the bottom half of the table.

The Red Devils drew 1-1 with already relegated Huddersfield after throwing away an early lead, a result later mirrored by the Gunners who were held by lowly Brighton.

Pierre-Emerick Aubameyang had given his side the advantage at the Emirates Stadium with a ninth-minute penalty, only to see Brighton – whose own relegation concerns were vanquished the previous day thanks to defeat for Cardiff City – hit back via Glenn Murray.

Those results mean that Chelsea now sit four points ahead of Arsenal and five clear of United, an unassailable points difference ahead of the final round of fixtures next Sunday.