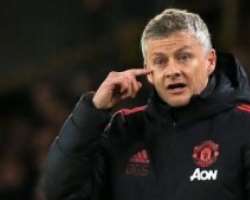 Ole Gunnar Solskjaer is confident that Manchester United will get the players they want in the summer transfer window, with the club “scouring the planet for good footballers”.

The Red Devils are expected to be busy over the coming months, with  another rebuilding project being undertaken by a manager who inherited the reins from Jose Mourinho  in December.

There have been plenty of calls for big money to be made available , with United in need of both numbers and an injection of quality in order to close the gap on domestic and European rivals.

Solskjaer admits the process of identifying top targets has already begun, with those at Old Trafford eager to ensure that no stone is left unturned in the pursuit of suitable additions.

The United boss said on the hunt for fresh faces: “I don't know if all these critics know what's happening.

“We've got scouts scouring the planet for good footballers and we'll sign players we think are the right fit personality wise, price wise, quality wise and can you have longevity at this club?

“I'm confident we'll get the players.”
Solskjaer added on the approach being taken by United: “I've been speaking to the club, we know that we have to be realistic and have a job to be done and there's no quick fix.

“It's not like buy seven players and we're in the right shape, we have to take it step by step and there'll be signings made but there also has to be thoughts about players, sit down, have a pre-season.

“There'll be some additions, the players have got to come back and know what is expected of them, take ownership of that while on holiday, and it will be great to see who's coming back.”

While incomings are being promised, departures are also to be expected.

A number of those currently on United's books are considered to be playing for their respective futures, with Solskjaer conceding that he has some big decisions to make.

He added: “Every day in training, every game when you're playing, there's no hiding place and everyone can see what your level is.

“We're working with fantastic staff to create this culture, players to take ownership of what's happening here as well, but the performances on the pitch will determine where they're at in their careers – if it's short term or long term.

“That's what we spoke about at Barca – when you're at big stadiums, you've got to step up, make good decisions and I'm looking forward to this period.”

United crashed out of the Champions League at the hands of Barcelona in midweek, with their focus now narrowed on a top-four bid in the Premier League heading into a meeting with Everton at Goodison Park on Sunday.