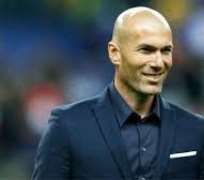 Former Real Madrid gaffer Zinedine Zidane is reportedly interested in becoming the next Chelsea manager only if the Blues will agree with his terms and also keep superstar Eden Hazard.

Since the Frenchman left reigning European League champions Real Madrid, he has been out of job although he was linked with Manchester United before the club hired Ole Solskjaer.

Current Chelsea handler Maurizio Sarri has been under fire this season with reports suggesting that the Blues’ board may show him the exit doors before the end of the season.

Zidane who last won the Champions League title with Real Madrid is now said to be keen to replace Sarri and turn the club into contenders again according to UK Sun. But the Premier League giants will have to make available a massive £200m transfer money and also block Eden Hazard from leaving Stamford Bridge.

Eden Hazard has been linked with a move to Real Madrid, and recently, the Belgium international made it clear that he has made up his mind on his future. His statement however caused many talks among Chelsea fans as Eden Hazard was asked on social media to reveal what he concluded on.

Below are the three things Zinedine Zidane wants from Chelsea board. 1) New bumper deal for superstar play-maker Eden Hazard, keeping the Belgian to build a team around. 2) £200m to improve the squad — more if he sells players who are currently at Stamford Bridge but are out of favor.

3) A major say in recruitment alongside Blues director Marina Granovskaia.

According to the report, Sarri, who arrived Stamford Bridge barely eight months ago with lots of expectations is no longer in the good books of Blues' board following spate of bad results this term.