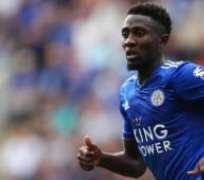 The victory saw the King Power Stadium outfit climb to the ninth spot in the league log after garnering 25 points from 18 games.

The 22-year-old who featured for the entire duration of the game played a key role in the encounter, making two tackles to ensure they keep a clean sheet and run out victors.

After the impressive performance that saw them end Maurizio Sarri's four-game unbeaten run, the midfielder has taken to the social media to applaud his side.

Leicester trade tackles with league champions Manchester City on Boxing Day and the former Genk player will hope to help his side clinch another favourable result in the encounter.