Salah or Hazard? Liverpool legend explains why Chelsea star gets the nod 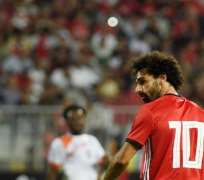 Mohamed Salah cannot be considered a Liverpool legend, says Graeme Souness, with the Reds star yet to offer the same level of consistency as Chelsea forward Eden Hazard.

Anfield’s Egyptian frontman has been a revelation since returning to English football in 2017.

A 44-goal haul in his debut campaign delivered countless honours,  including the PFA Player of the Year Award and Premier League Golden Boot .

Salah has been back in the groove this season, with his last two outings seeing him  record a hat-trick against Bournemouth  and  a priceless Champions League winner in a meeting with Napoli .

The 26-year-old  continues to set records tumbling and has shown himself to be as prolific as Liverpool icons  from years gone by.

Souness is, however, reluctant to compare Salah to the greats until he has delivered over a prolonged period of time.

The former Reds midfielder told the  Daily Mail : “He is fabulous but it's only his second year. Come back in five years.

“When you talk about those Liverpool greats, they had players who won everything. Some great team men, great goalscorers, longevity.

“This is only Salah's second season but I do believe he has the potential to be in that category.”

While tipping Liverpool's talismanic frontman to deliver more inspirational showings in the future, Souness claims he is not the most devastating performer in the Premier League.

The Scot considers Chelsea playmaker Hazard to take that crown, with the Belgian having shown himself to be a more complete player over a number of years.

Asked to make his selection of the English top-flight's finest, Souness said: “If I could take one it would be Eden Hazard.

“I think Salah will be a better goalscorer but in terms of all-round play [Hazard].”

Liverpool will not be overly concerned by Salah's standing among the elite if he can maintain his current standards, with their fixture list calling for more input from key men.

The Reds, who remain unbeaten at the top of the Premier League table, are set to play host to Manchester United on Sunday, with games against Wolves, Newcastle and Arsenal to come before the turn of the calendar year.

Jurgen Klopp's side will then open 2019 with a crunch clash against defending champions Manchester City on January 3.