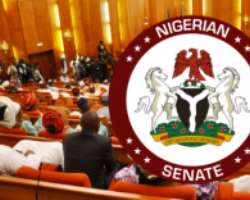 The Nigerian Senate on Wednesday passed a bill for the establishment of the Southeast Development Commission (SEDC).

The Bill was passed after consideration of the report of the Committee on establishment and public service led by the chairman, Senator Emmanuel Paulker.

The Bill, sponsored by senators Samuel Anyanwu (Imo East) and Stella Oduah (Anambra North), sought the establishment of the commission as an interventionist agency for the Southeast zone.

The passage followed the consideration and adoption of the report of the Committee on Establishment and Public Service on the Bill presented by Senator Emmanuel Paulker (Bayelsa Central).

The Senate said that the commission, when established, would take care of the developmental challenges confronting the southeast states of Abia, Anambra, Ebonyi, Enugu and Imo.

Part of the funding for the commission, the Senate said, would be one per cent of the ecological funds due to the five states in the zone.

Lauding the passage of the bill, the Southeast Senate Caucus said the establishment of a development commission will enhance Southeast growth.

Caucus Chairman Senator Enyinnaya Abaribe said that there was no doubt that the commission when established would go a long way to address age long developmental challenges.

Abaribe noted that the establishment of the commission would further reintegrate the zone to the developmental plan of the country.

According to Senator Abaribe, the passage of the bill, and expected establishment of the commission, will put to rest the long agitation of the people of the south Eastern part of the country on issues relating to civil war among others.

Flanked by other Senators from the south east region, with majority wearing their traditional Igbo red cap, Senator Abaribe expressed hope that the House of Representatives will concur with the senate decision and pass the Bill.

He appealed to President Muhammadu Buhari to sign the Bill into law when it gets to his table.

Abaribe said that signing the bill into law would enable the Southeast to witness the much-needed developmental progress in the areas of infrastructure.

Deposit Insurance
Also on Wednesday, the Senate in plenary confirmed the appointment of the Chairman, and six other Board members of the Nigerian Deposit Insurance Corporation (NDIC).