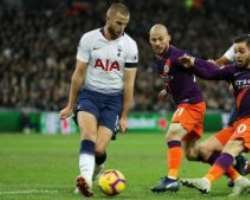 Bernardo Silva listed four teams he expects to challenge Manchester City for the Premier League title, and Manchester United were not one of them.

Reigning champions City returned to the top of the table on Monday with a 1-0 victory over Tottenham, who sit five points adrift of Pep Guardiola’s team in fifth.

Liverpool are only behind City on goal difference, while Chelsea and Arsenal are clear of Spurs, but United are eighth and already nine points off the pace after winning just two of their last five top-flight matches.

And Silva omitted the Red Devils when discussing the biggest obstacles to City retaining their crown.

He said: “I think either Chelsea and Liverpool [are contenders], they are very strong, Arsenal as well. Even Tottenham, even though they lost, they’re still contenders.

“I think it will be harder because last season nobody was expecting us to win as many games and to reach that level of points [100], so this season the teams know they have to do better to beat us.

“Of course, it will be very hard, but we will work every game to get the three points and at the end of it try and celebrate winning one more Premier League.

“We know that we can still improve a lot. I think the beginning of the season was very good for us, even though we have the same points as Liverpool and the other teams are very close, but, it is what it is, we have to keep staying concentrated and to try to have a gap from those teams.”