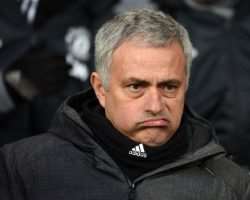 United, under manager Jose Mourinho, are seventh in the Premier League after a disappointing start to the season, eight points behind leaders Liverpool and six behind reigning champions Manchester City.

The club have not won the Premier League since 2013, under former boss Alex Ferguson.

United, who have been top of the Deloitte Football Money League for two successive years, brought in £590 million ($776 million) in the year ending June 30 2018 — a rise of just 1.5 per cent on the previous year.

But the expectation is for revenue to rise to between £615 million and £630 million over the coming financial year.

“Everyone at the club is working tirelessly to add to Manchester United’s 66 and Jose’s 25 trophies,” Woodward said. “That is what our passionate fans and our history demands.

“We are committed to our philosophy of blending top academy graduates with world-class players and are proud that, once again, last season we had more academy graduate minutes on the pitch than any other Premier League club.

“Our increased revenue expectation for the year demonstrates our continued strong long-term financial performance which underpins everything we do and allows us to compete for top talent in an increasingly competitive transfer market.”

United’s annual accounts reveal that the Old Trafford giants paid employees £295.9 million in fiscal 2018 — a hike of £32.4 million over the previous year.

The club said the increase was “primarily due to player salary uplifts related to participation in the UEFA Champions League” but Alexis Sanchez’s January arrival will also have made an impact.

United saw operating profits drop by 45.4 per cent to £44.1 million. That was largely due to the United States’ federal corporate income tax rate being reduced from 35 per cent to 21 per cent.

Adjusted earnings before interest, tax, depreciation and amortisation (EBITDA) were £177.1 million, down from £199.8 million the previous year.