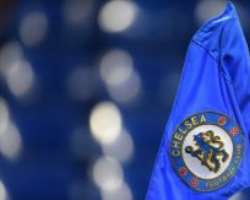 Chelsea were going blow for blow with Liverpool in the Premier League until last weekend and Jurgen Klopp is a big fan of Maurizio Sarri.

Jurgen Klopp has declared himself a Maurizio Sarri fan ahead of Liverpool’s double-header against Chelsea.

Liverpool host the Blues at Anfield in the third round of the EFL Cup on Wednesday before at top-of-the-table Premier League clash at Stamford Bridge on Saturday.

Chelsea are only two points behind Klopp’s side, having lost their own 100 per cent record with a 0-0 draw at West Ham last weekend – after which Sarri said his team would take a year to reach Liverpool’s level.

Nevertheless, the former Napoli boss has overseen an impressive transformation in the team’s playing style after succeeding Antonio Conte, much to Klopp’s admiration.

“The biggest change I ever saw in such a short space of time, wow,” he told a news conference. “The style is completely different. What a manager he is, to be honest.

“I’m pretty much a supporter of his since I saw [his teams] at Napoli. Outstanding football, and now doing it in a very interrupted pre-season [due to the World Cup].

“Eden [Hazard] was not there, [Olivier] Giroud, [N’Golo] Kante. Starting the season and you see immediately the impact? All my respect. It's really good to watch. Good job so far.”

As such, Klopp has no doubt that Chelsea can mount a sustained challenge for Manchester City’s title.

“People were always talking about City being clear and completely forgot Chelsea,” he said.

“This team is really experienced. It won the title before, 80 per cent [of the players] won it twice, and they know how it works. That's a really strong football team.”

Liverpool have done much to underline their pre-season tip as the main rivals to Pep Guardiola’s champions, but Klopp is keen to distance his improved squad from talk of a challenge on four fronts following the impressive opening win over Paris Saint-Germain in the Champions League.

“I’m not sure if that’s possible, to be honest. There was never a team that won all four, right? For different reasons,” he added.

“I think the FA and Premier League hope that nobody goes through in all competitions, because they have no idea how to deal with it! Because then you have not enough days.

“I remember my first year here, if we would have won against West Ham [in the FA Cup] maybe we would have played Monday-Wednesday-Friday or something like that? Very funny!

“It’s not about the other three competitions tomorrow night. It’s one competition, not four. That’s how we will take it, with all concentration, with all focus, with all intensity [for a] normal game.”