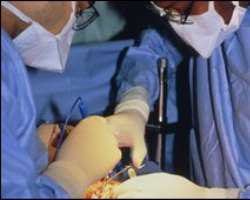 US scientists have created working liver grafts in the lab, and say the research could one day allow the growth of livers for transplant.

There is a shortage of liver donors, but so far it has been difficult to grow replacement organs.

A UK expert said it was “a big step in the right direction”.

In the study, scientists initially flushed out living liver cells, leaving behind a tissue “scaffold”.

They then introduced one type of liver cells called hepatocytes which successfully repopulated the scaffold.

When these were transplanted into rats, alongside their normal livers, they functioned normally for short periods.

The technique of washing out and replacing cells is the same as that used when a windpipe made with the patient's own stem cells was successfully implanted in Spain in late 2008 in the world's first tissue-engineered whole organ transplant.

Liver cells have been grown in the lab, but the difficulty has been making them work as part of an organ and connecting them to its vascular system.

Complex
The team from the Center for Engineering in Medicine at Massachusetts General Hospital, led by Korkut Uygun, say their study has proved the concept works.

He added: “As far as we know, a transplantable liver graft has never been constructed in a laboratory setting before.

But he said: “Much more work will be required to make long-term functional liver grafts that can actually be transplanted into humans.

“We haven't been able to go beyond several hours in the rats, but it's a great start.”

The team say their work could enable livers which are deemed unsuitable for transplant to be used as scaffolds.

However, they say much more work is needed before such grafts could be grown.

Mark Thursz, professor of hepatology at Imperial College London, said there were several issues to be overcome before it would be possible to create a liver graft that could work on its own. One is that other types of cells are needed in addition to the hepatocytes.

In addition, the grafts created by the US team were only able to fulfil a small proportion of the functions of a normal liver.

Professor Thursz said that, as well as the potential for creating new livers for people whose own organs had failed, it could be used to offer relief to patients with other liver problems.

“If you could create an artificial liver you could plumb someone into while their liver recovered, that would be helpful.”

“This is a big step in the right direction.”