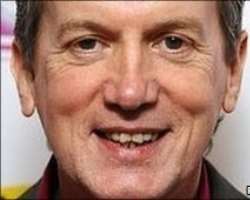 Comedian Frank Skinner has said he lost millions of pounds as a result of the economic downturn.

Skinner said he had become a “victim of the credit crunch” after investing in the American International Group (AIG), which nearly went bust two years ago.

The loss of “a few million” forced Skinner to take stock of his life, he told BBC Radio 4's Desert Island Discs.

But he said there had been a positive side to his experience: “It also gave me my hunger back, I think.”

He went on: “If anything put the mojo back in me it was the idea that I might not have money left.

“I'm not a very extravagant man really – as long as I have got a season ticket for West Bromwich Albion. I drive a very run-of-the-mill car, I do live in a posh flat, I must admit – I like a nice view.”

He said he did not spend much on clothes but that he had bought one of Elvis Presley's shirts for £11,000.

“Elvis Presley has kind of been my hero for as long as I can remember,” he said.

Skinner also discussed his family life, drinking problems and his love of football.

He said that, like many other young boys, he had wanted to be a footballer but that he had been “awful” at the game.

His Three Lions hit song during the 1996 European Championship was “as close as I was ever going to get to be part of an England World Cup squad – to have the official song”, he said.