Report: Chelsea up for sale at $2.5 billion 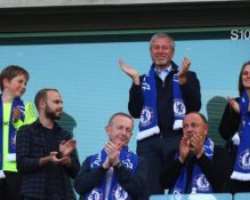 According to a report from the Sunday Times, Chelsea are up for sale.

With billionaire Russian owner Roman Abramovich currently unable to get a work visa for the UK as Anglo-Russian relations soured over the summer due to the ongoing political situation, it is believed he is keen to sell up after owning Chelsea for 15 years.

Per the report, bank Raine Group are said to be looking at offers for the Blues.

Abramovich paid $180 million for Chelsea back in 2003 and it is estimated he has spent over $1.4 billion with Chelsea winning 15 trophies under his stewardship. The Sunday Times also say that Silver Lake Partners, an American private equity firm, have had a bid rejected for minority ownership in Chelsea.

A contrasting report from the Guardian claims that Chelsea aren't for sale but there is no surprise about any noises that Abramovich wants out.

Many suggest he feels extremely hard done by to have been wrapped up in the political situation between the UK and Russia and feels he is being unfairly punished despite pouring billions of dollars into the UK economy.

It was reported that Sir Jim Ratcliffe failed with a $2.5 billion bid for Chelsea back in June as Abramovich's plans to totally redevelop Stamford Bridge were put on hold amid his visa issues

With news earlier this week that Liverpool turned down a bid of over $2.5 billion  from the cousin of Manchester City owner Sheikh Mansour, it is clear that Premier League clubs, especially those around the top four, remain a hot commodity.

Abramovich won't struggle to find a buyer and $2.5 billion seems a decent price considering Manchester United's most recent valuation is around $3.4 billion.

However, Chelsea may struggle to find an owner as dedicated to success over time as Abramovich has been. And that's the worrying thing for Blues fans amid these contrasting reports.