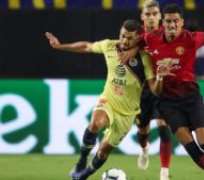 Chris Smalling is hoping his new vegan diet will give him an advantage in the battle for places at Manchester United.

Smalling is one of five centre-backs at Old Trafford alongside Eric Bailly, Phil Jones, Victor Lindelof and Marcos Rojo.

Competition for places could increase even further if Jose Mourinho gets his way and brings in another central defender before the transfer deadline next week with sources telling ESPN FC that Leicester’s Harry Maguire, Tottenham’s Toby Alderweireld and Yerry Mina at Barcelona are all on the list of candidates.

No other centre-back made more starts for United last season than Smalling — he was fourth on the overall list behind only Nemanja Matic, David De Gea and Romelu Lukaku.

And the 28-year-old, who has had injury problems in the past, says it is proof he is benefiting from a transition to a fully vegan diet.

“My wife is vegan and has been vegan for a few years,” he said. “She cooks a lot at home and half the time I was eating vegan anyway. I wasn’t fully vegan and when we would eat out I would eat what I would normally have.

“It causes a lot of that inflammation and when I was cutting that down, the tendinitis started to go. It used to be quite a problem in terms of all warm-ups because getting going was a bit of a nightmare. I ended up cutting that out and my tendinitis has got better and better and I’ve started to feel it less.

“Now I’ve gone fully vegan and normally the start of preseason can be quite a tough time because you’re loading and that’s normally when it’s at its worst but I haven’t felt it at all.

“The last step was, that took me a little while, was the club, especially in terms of travelling. Mike [the chef] has been very accommodating and when I told him, we worked out different menus and different options.

“Some of the staff are vegetarian and some of the players try bits and pieces even though none of them are vegan. At the end of the day it’s about eating more good things.

“There are other factors, not just that, but it’s been a big one.”

Smalling joined United from Fulham in 2010 but it wasn’t until the 2015-16 season — Louis van Gaal’s last in charge — that he managed more than 40 appearances in a single campaign.

He has averaged more than 45 games a season over the last three years, starting finals in the FA Cup, League Cup and Europa League in the process.

He was named United’s Players’ Player of the Year in 2016 and although his form last season was not enough to convince Gareth Southgate he should go to the World Cup, he hopeful of continuing the trend of being Jose Mourinho’s first choice.

While Bailly and Jones in particular have been hit with injuries, Smalling has been able to stay relatively fit.

“When I started out I had quite a lot of injuries,” he said. “Not because I was eating badly but as I’ve got older I’ve become a lot more conscious of my diet and making sure I was getting all the right things.

“Obviously, the last couple of years it’s been more plant-based and I do think that’s a factor. Ultimately, what you’re feeding yourself has a bearing on how you’re going to perform.

“You’re never going to be bullet proof but if you’re feeding yourself good food and making sure you’re eating the right supplements I think you reduce the chances of getting any of those niggling injuries. Touch wood, I’ve not had any major problems since then and hopefully I can keep fit and play as many games as I can.

“It helps when you can keep banging out games and when you’ve got the manager’s trust, that is what you want to feel. You want to know that he backs you and that he relies on you. As a centre-back, that’s the feeling that you want the most.”

United have one more friendly against Bayern Munich in the Allianz Arena on Sunday before the serious business starts against Leicester at Old Trafford next week.

Mourinho’s team will start the season looking to chase down champions Manchester City and Smalling does not believe they are as far away as the 19-point gap would suggest.

“They are the one team who finished above us,” he added. “We need to make sure we don’t open up any gaps. It’s going to be a tough season and most of the tops teams have added players and they will be stronger than they were last season.

“Hopefully it will be an exciting season and we need to make sure we are ready for Leicester. We beat City at the Etihad so we know we can do it. When we played against the top teams, I thought we performed well whereas in other seasons we maybe let ourselves down against the top teams.

“Last season, it was often against teams lower down the table where we slipped up. That’s where the points gap started to open up.

“City were very clinical against those teams so we need to be more concentrated in the games when we are favourites.”