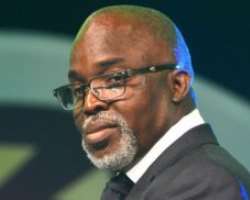 President of Nigeria Football Federation (NFF) Amaju Pinnick has been appointed as the 1st Vice President of Confederation of African Football (CAF).

This came amid a revolt against his presidency of NFF via a court decision. His arch rival Amb. Chris Giwa has claimed Pinnick's seat but Pinnick has returned to court to challenge the new development.

The CAF appointment somehow gives a validation to his recognition by both CAF and FIFA as the authentic and substantive president of NFF.

The letter reads ” Following resignation of the 1st Vice President, Mr Kwesi Nyantakyi and the prevailing situation in the Football Federation of Nigeria, the CAF President, after consulting the members of the Emergency Committee, appointed Mr Amaju Melvin Pinnick as 1st Vice President.

”This decision is immediately applicable in accordance with article 27, para. 2 of the status which will be ratified by the Executive Committee in its session scheduled on Sept. 27 and 28, 2018, ” the communique reads.