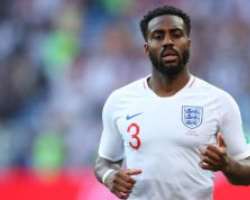 The Tottenham defender is a long-term target for the Red Devils and Jose Mourinho.

The England international, 28, has been tipped to join United as Luke Shaw's replacement at Old Trafford.

And the bookies reckon the Red Devils are the most likely to sign Rose this summer, with United priced at 7/4.

Alex Apati of Ladbrokes said: “Rose has been a thorn in Pochettino’s side for some time now, so it’s no surprise to see him priced so short for a move away from Spurs, with United clear favourites to strike a deal.”

Everton are next in line to land Rose, priced at 4/1, while Manchester City and Chelsea are also in the running as outsiders.

Mourinho is keen to spend big this summer to catch Manchester City next season.