Next Chelsea manager: Maurizio Sarri 'close' to being appointed 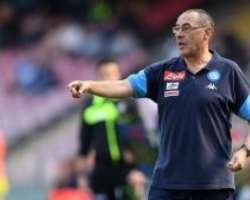 Is there finally light at the end of the tunnel for Chelsea in their search for a new manager?

A summer of change looked to be on the cards with suggestions that an FA Cup triumph was not enough to save Antonio Conte from the sack following a poor Premier League campaign in which the  Blues  finished fifth, missing out on Champions League qualification.

However, despite links with Luis Enrique, Laurent Blanc and Maurizio Sarri, there has been no change in management at Stamford Bridge, with Italian Conte still in situ.

Sarri has been the overwhelming favourite to take the reins for a number of weeks after leaving Napoli, where he was replaced by former  Blues  boss Carlo Ancelotti.

But there may well be an end in sight for the Blues fans.

According to reports in Italy, Sarri is “close” to being appointed as the new manager of Chelsea.

Newspaper Corriere della Sera – as reported by  SportWitness  – suggest that an agreement is in place between Napoli and Chelsea for compensation of around five million euros.

It is a strange scenario at Napoli, with Sarri having already been replaced by Ancelotti as their manager, however with his contract running until 2021, they are still paying a salary to Sarri and it means they have a key bargaining tool over the Blues.

Meanwhile, if  Chelsea  want to let  Conte  leave this summer then they will have to pay out £9 million as the Italian has a season left to go on his contract.Sarri will be handed a two-year contract at Stamford Bridge, with the club having the option of a third, and Corriere della Sera say that Blues legend Gianfranco Zola will be appointed as his number two.