Clash Over Ban Of Commercial Motorcycles Claims Another Two 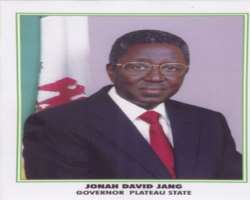 Jos, Plateau, June 09, (THEWILL) - It was another round of violence yesterday as policemen and commercial motorcycle riders in Jos the Plateau state capital, clashed again after last Monday's mayhem which left four people dead.

In the renewed hostility this morning, two people have been confirmed dead, while the policeman who was stabbed during last Monday's clash died this morning at the Plateau specialist hospital.

Several other persons caught up in the crossfire sustained various degrees of injury in yesterday's exchange between the police and the commercial motorcyclists.

Attempts were also made to torch the state office of the Nigeria Civil defence corps who were part of the enforcement but was rebuffed by the security task force.

The commercial motorcyclists had defied the law prohibiting their operations and resisted when the state Task Force set up by the Plateau State government to enforce the ban came out this morning to do so.

Areas where the clash was intense include; Massallacin Juma’a Street, Yan Taya Junction, and Bauchi Road.

Businesses stood still for more than three hours as people locked their offices and shop while the exchange lasted.