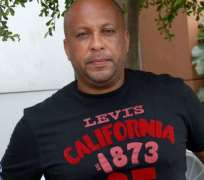 Newly-Appointed Nigeria U-20 Coach, Paul Aigbogun has invited 28 players for the qualifying series of the 2019 Africa U20 Cup Of Nations that will be hosted by Niger Republic.

The Last Edition of the Competition was staged in Zambia, the young Chipolopolo won the trophy by beating Senegal 2-0 in the final.

All invited players are to arrive at the Serob Legacy Hotel, Wuye, Abuja between Sunday, 25th February, and Monday, 26th February, with their international passports, birth certificates, and training kits.

The 2019 Africa U20 Cup of Nations will be hosted by Niger Republic.