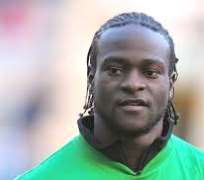 The Award Ceremony took place inside the Grand Ballroom of the Eko Hotels and Suites, Victoria Island, Lagos on Monday.

Enyimba Left Back, Ikouwem Udoh was named the Young Player of the Year ahead of Stephen Odey and Nura Mohammed.

Ann Chijine won the Women's Coach of the Year Award ahead of Edwin Okon and Whyte Ogbonna.

Football Development Award was given to Channels TV for their contributions to the development of the game at the grassroots.

The Platinum award was presented to FIFA President, Gianni Infantino.