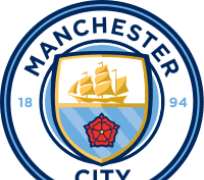 Manchester City all but sealed their quarterfinal place with an emphatic 4-0 win over Basel in Switzerland.

Gundogan opened the scoring for the English side in the 14th minute, Four minutes later Bernardo Silva increased the lead before Aguero scored his 29th goal of the season to give City a 3-0 lead in the first half.

Gundogan Completed the rout in the 58th minutes to all but guarantee the Citizens a place in the last eight of the Competition.

Basel couldn't convert any of their chances, they will be cursing their luck for not scoring at home.

The Second Leg comes up in a fortnight, City will be expected to wrap the tie up.

"Ilkay Gundogan is an extraordinary player. Last season we missed him a lot with injury for six months and that's why we are so satisfied, not just the quality but personality to play," Guardiola told BT Sport.

Tottenham fought back from a two goal deficit to snatch a 2-2 draw with Juventus in Italy.

The Night started on a bad note for Spurs when Gonzalo Higuain finished Pjanic lofted pass with aplomb in the second minute,Higuain also added the second in the 9th minute from the spot after Davies fouled Bernardeschi.

Spurs were not deterred by the scoreline,they started asking questions and they got the answer when in-form Harry Kane rounded Buffon to reduce the deficit.

Erisksen low drive freekick restored parity for the Londoners to give them an edge in the second leg.

Tottenham Coach, Mauricio Pochetino has congratulated his players for playing to instructions.

"You need some luck always in football," added Pochettino. "I think in the second half we played much better.

"We deserved the victory more than the draw. It's so important to recognise and congratulate the players.

"The tie is open. Yes, we have the dream and hope that we can beat them at Wembley."

Before Harry Kane's goal, Gianluigi Buffon had not conceded a goal for 694 consecutive minutes for Juventus and Italy (last conceding against Sweden in November).