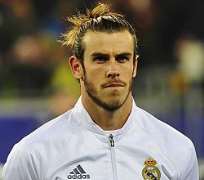 Manchester United and Gareth Bale have reportedly come to an agreement which will see him move to Old Trafford in the summer.

Jose Mourinho has made no secret of his admiration of the Welsh winger and Spanish outlet Diario Gol are reporting adeal has been reached.

Mourinho is said to have managed to persuade the United hierarchy they should stump up the cash according to the report.

Real are believed to want £79m for the winger but United reportedly only want to pay £53m for the 28-year-old.

The former Spurs man has fallen out of favour at the Bernabeu and has suffered a number of injuries.

Madrid president Florentino Perez is said to have had enough of his lay-offs and is looking to get rid.

Bale has played just 11 matches for the La Liga giants this season.

In a more surprising story, Barcelona are said to be eyeing up a move for Daley Blind.

The Dutch defender has fallen down the pecking order at United after a few shaky performances but Spanish paper Marca, via Sport Witness, claim Bind is an option for Barca in the next two windows.

Blind has made just three Premier League starts this season but the La Liga giants could get him on a free if United don’t trigger an extension on Blind’s deal, which expires in the summer.