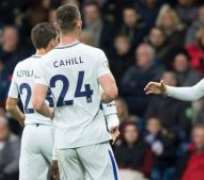 Alvaro Morata could be on his way to becoming a Chelsea icon if he maintains his current form.

The striker’s fine start to the season has obliterated any doubt over his suitability to succeed Diego Costa at the forefront of Antonio Conte’s side since his £60 million move from Real Madrid.

West Ham 9/1 to beat Watford 1-0
After scoring in Chelsea’s previous win over Manchester United, the Spaniard continued that form in Saturday’s clash with West Bromwich Albion.

Morata opened the scoring 17 minutes in when he netted the rebound from an Eden Hazard shot before setting the Belgian up later in the first half.

Morata is now on eight goals and four assists in the Premier League, meaning he has been involved in more goals in his first 11 games than any Chelsea player before him.

The ex-Juventus star is also on an excellent run for his national team, having scored in five in his last four appearances.