Allardyce to sue FA over sacking 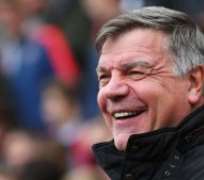 Former England manager Sam Allardyce has sent a “5,000-word letter” to the Football Association seeking damages for the way they handled his sacking, according to a report in the Daily Mail newspaper.

Allardyce left his role with the national side by mutual consent after just one game following a newspaper investigation by Britian's Daily Telegraph which featured a video of him offering advice to undercover reporters on how to “get around” FA rules on player transfers.

The Daily Mail story says that lawyers for the 62-year-old, who lasted 67 days in the job, have now obtained transcripts of the recordings and have written to FA chairman Greg Clarke and chief executive Martin Glenn.

They argue that the FA did not confirm facts before firing Allardyce and that the experienced manager did not breach the terms of his employment.

When contacted by Reuters, the FA refused to comment.