If only it was about Buhari's health 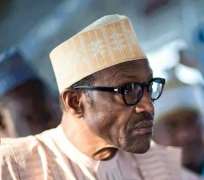 “The public does not like you to mislead or represent yourself to be something you’re not. And the other thing that the public really does like is the self-examination to say, you know, I’m not perfect.. I’m just like you. They don’t ask their public officials to be perfect. They just ask them to be smart, truthful, honest, and show a modicum of good sense.” ~ Ann Richards

The entire nation continues in a frenzy; when will Buhari return, how sick is he, what is the nature, what will happen or won't happen. So we are fed pictures, reason; because we tend to give out ourselves cheaply to leadership manipulation by our reactions, which are often misplaced emotional ranting.

This maybe rather harsh but it helps leadership to know how best to fly their kite, where, when and how to adjust to our whims and caprices, Tell me a Nigerian that is not sick, sick from lack of electricity, water, good roads, quality education and improved healthcare facility. I wish our only problem were Mr. President's health.

Sick politicians, sick followership, sick nation, but we keep moving one day at a time. We won’t die, we have a strong resolve, and we believe that it cannot end just like that. Our immune system defies medical logic.

We have saddled upon ourselves a history tainted in intra elitist cleavages and ethnic parapoism, with each power bloc cementing its own cleavages. The possibility of genuine democratization is not only lost because we lack the will to radicalize the material foundations of our society but because we live a life of fallacy. One of such is thinking that Buhari's health has anything to do with it.

We are almost certainly either a sick nation or a sick people, maybe a sick people inhabiting an equally sick nation. Our leaders continue to steal us blind. In our shortsightedness, we see our differences, and sure they are there but we have never sought to remedy it.

Nigeria is splitting, it is not dividing, we are leaking in various holes, towards various leanings and we still are lacking in leadership that has any model to solve our mirage of problems.

At the expense of sounding aloof, let me state that I sincerely do not care about all the current governance by pictures or photographs, governance by visitation of a select few, governance by speeches. I am not one of those that are bothered about how many days Mr. President has been in London or that he should speak with us, or do a Hollywood sorry Nollywood movie of his health.

I really I am unconcerned about Osinbajo, and his acting or coordinating status, I refuse to loose sleep on PDP's new found voice and the snake like crawl with snail intent of the 'ruling' APC.

Let me put in it perspective, some four years ago, I stated somewhere that I happen to share offices in the same premises with one of the zonal offices of the Manufacturers Association of Nigeria (MAN). In the last 2 years they have not bought a newspaper or papers, nor journal, (not that they did in the past), they have managed a few meetings and some form of activities, the current comatose office scene best describes what they do and don't do. But really its not their fault, there are simply no industries, manufacturing is not taking place, so there can be no association.

Our root is almost or near dead...And I wish it were all about Buhari’s health. I wish that with a date of his return all would instantly like noodles be well again.

We still are in a class war, a rich Vs poor, a government that has lost its compass and a people lost on direction. Is it about Diezani's London properties or Charley Boy's #ourmumudondo# campaign or all that Nnamdi Kanu's war rant, or that Hausa hate love song.

We are investing in destructive and unproductive arguments/debates about My Tribe Vs Your Tribe"...and I add my religion Vs yours, the Hausas, and Fulanis and Hausa-Fulanis are herding. Oh I wish it was just a case of Mr. President, arguments and debates will centre on why he could, why he should...

The industries are dying in Onitsha, dying in Aba, dead in Owerri, non-existent in Yenogoa, except for activities of oil companies and allied companies, East of the Niger, no one industry employs 5000 workers. Yet our leaders gallivant worldwide in a non-productive investors drive.

Lagos, Ibadan, Abeokuta, yes, we do have a few biscuit/plastic companies run by Chinese/Lebanese but really its same difference--Industries are dying and are dead everywhere you go around Nigeria.

For all the pseudo-intellectuals this nation has, we have and continue to invest in debating ethno-religious affiliations while the elites sustain their 'parapoitic' existence, and the populace is left to bear the brunt of a self-inflicted class suicide.

While we waste our time here talking about my tribe is better than your tribe, my people are better than your people, our land belong to us and not you, Edos are from Yorubas, Yorubas are from Edos, Igbos own Ondo, Hausas are marginalized in Onitsha, there are more Christians than Muslims in Kebbi, Kwara, there are more that than these, our Nigeria is on downward spiral with a myriad of issues to be addressed yet we are spending millions in yearly Hajj.

We are mouthing hate and inconsequentials, very few young persons are self-employed, empowered or engaged in productive entrepreneurial ventures because of a harsh operational climate. I wish, I wished it were Buhari's fault.

Let me end with the Zebra puzzle, I eavesdropped into some young men's discuss in my office, and though I did not catch the whole conversation, it was about the proverbial zebra and its stripe--the question is/was, is the zebra a white animal with black stripes or a black animal with stripes that are white...are we a nation with problems, or one that has simply defied solutions, with over a 150million in population, and with goods and services in premium requests our industries are dying and suffering industricide, if only our problem was Buhari, we won't be where we are, albeit—Only time would tell

Disclaimer: "The views/contents expressed in this article are the sole responsibility of Prince Charles Dickson and do not necessarily reflect those of The Nigerian Voice. The Nigerian Voice will not be responsible or liable for any inaccurate or incorrect statements contained in this article."
Articles by Prince Charles Dickson
5-11-2017  What Do Nigerian Leaders Really Do Afterwards?17-7-2017  Naija-area: Simplifying Complexity Or Complexifying Simplicity9-7-2017  While We Are Still Praying For Nigeria8-5-2017  At Half Time; Its Monkey Business Ahead 20192-5-2017  There Is Still No NigeriaMore...